South Kern community members gathered at the #Agua4All rally to celebrate the installation of filters in certain locations throughout the South Kern that produce safe water, but also to discuss how that is just a start to fixing a larger problem.

The installation of 71 water stations and 88 point-of-use filters in the South Kern was the reason for celebration at the rally, which was held on April 5 at El Camino Real Elementary School in Arvin.

“It’s [filtration system installation] a big accomplishment, and we’re definitely here to celebrate because this is the largest project of its kind in all of the state,” said South Kern Community Programs Coordinator for the Community Water Center Jerry Tinoco as he spoke from the panel. The #Agua4all initiative is a project of The California Endowment and other groups including the Rural Community Assistance Corporation, the Community Water Center and Building Healthy Communities South Kern, which aims to increase access to safe drinking water. 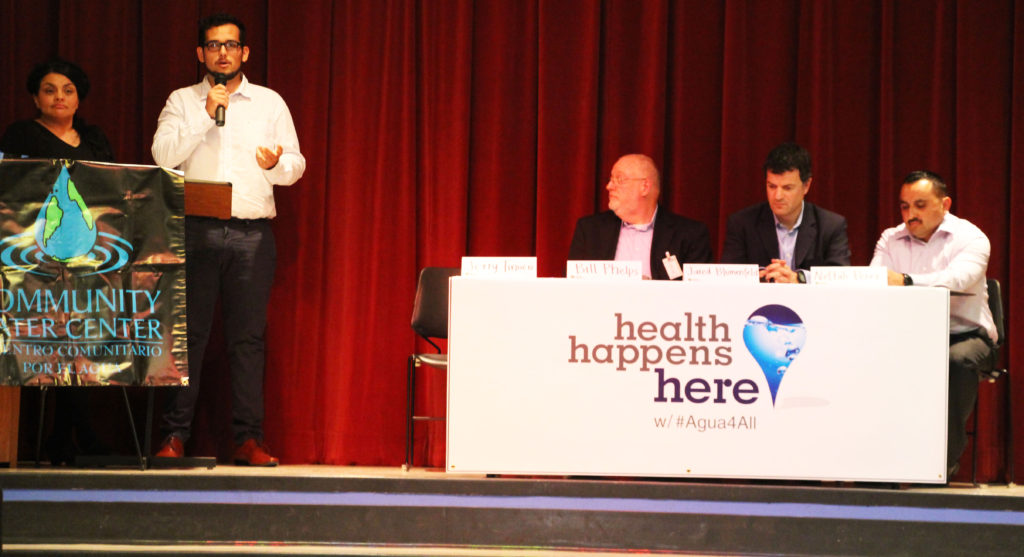 The new filtration systems is designed to use adsorption to remove contaminants from the water. The filters will be able to filter up to 960 gallons before having to be replaced, but there is currently work being done to create new filters that can filter more than 960 gallons before being replaced.

Blumenfeld explained that the filtration systems are cheap, therefore, they can be added in most places. He used the examples of the filters being added in locations such as schools, hospitals and homes.

The rally was a time for celebration, but it was also a time for realization as the speakers explained that the problem is not solved.

Tinoco said, “We’re not out of the woods quite yet. This is just an interim solution to a much larger problem.”

Tinoco explained that only a portion of the problem is fixed. He said now kids can go to school and have safe water to drink out of the water fountains, but he mentioned that when these kids go home, they drink water that is unsafe.

According to California State Water Resources Control Board’s Annual Compliance Report, more than 1 million Californians do not have access to safe drinking water in their homes, schools or neighborhoods.

Water contamination is known to be associated with cancer, impaired development, diabetes and more.

“An exposure to unsafe water increased children and adults to risks that include learning disabilities and certain types of cancer,” said Phelps.

Phelps went on to say that it is critical for the community to have safe water as the human body needs water to function at a regular level.

Tinoco said that the community is small, and it is hard to get recognition from the state to move forward.

Phelps mentioned that another problem is water isn’t affordable enough. He said that buying water in the communities where water is unsafe to drink shouldn’t be allowed to become a financial burden of families.

The main contaminant in the water is arsenic. Arsenic is a contaminant that naturally appears in rock and soil, but it also comes from fertilizers, pesticides, mining and more. 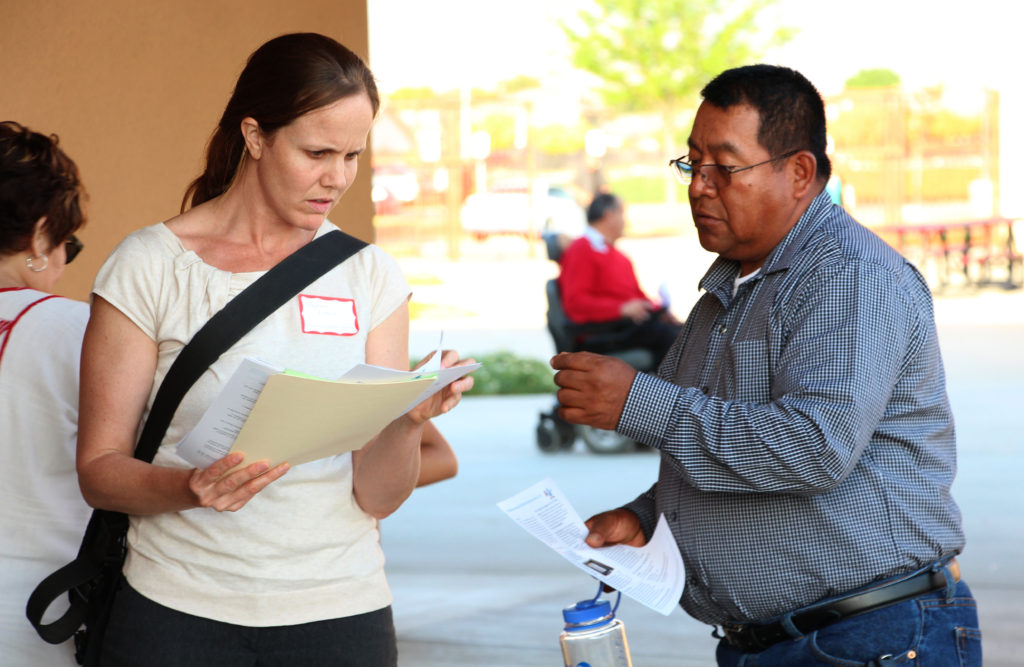 The Maximum Contaminant Level for arsenic is 10 parts per billion. There are places in the South Kern that have nearly three times that amount in the water.

People are exposed to arsenic not only through drinking it but through cooking with it as well.

Perez explained that in order to rid the water of arsenic and other contaminants, the community must work together.